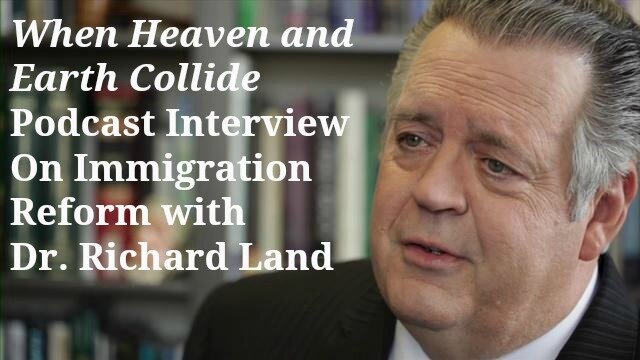 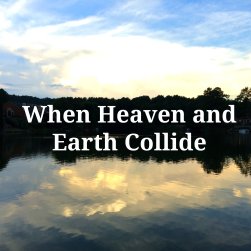 Welcome to Episode Two of the When Heaven and Earth Collide podcast, where we explore the intersection of race, immigration, culture, politics, faith and theology – and how the Better Way of Jesus affects all of this and enables us to tell a better story. Today, I am airing an interview that I conducted in June at the Southern Baptist Convention with Dr. Richard Land, president of Southern Evangelical Seminary in Charlotte, NC. Dr. Land is the former long-time president of the Southern Baptist Convention’s Ethics and Religious Liberty Commission (ERLC) where he also helped organize the Evangelical Immigration Table (EIT) and was a founding member. I hosted an Evangelical Immigration Table booth at the SBC and was able to conduct almost two dozen interviews with Southern Baptist pastors and leaders, including Dr. Land.

In this interview, Dr. Land talks about why we need immigration reform, how our government has created a situation where there has been, as he says, “Two signs up at the border for last 50 yrs – One says no trespassing and the other says help wanted.” He goes on to say that It is immoral to break the law, but it is also immoral to not enforce the law for fifty years and then try to enforce it retroactively. “If the govt. sent me a letter saying we’ve never given you a speeding ticket for the way you drive on the interstate, but we have monitored it and we’re giving you a ticket for every time you broke the speeding limit are never punished you for speeding but now we are going to enforce the speeding laws and punish you for all the times you sped in the past, I’d have to take out a loan. It would be wrong.”

That sentiment leads us into a really fascinating discussion on the rule of law and how we are undermining it by not passing comprehensive immigration reform. He then puts forward some concrete solutions to how we can fix our broken immigration system in ways that strengthen us a nation and helps us move forward in both justice and mercy. Dr. Land goes on to encourage a legalization process for undocumented immigrants so they can come out of the shadows and contribute and really be Americans.

We talk about the “idea” of America and how immigrants can actually be Americans and how they should be integrated into our nation. We also talk about how churches can speak to a divided nation on this issue. It really was a fascinating interview and lots of strong statements were made about what we can be and do and how we can actually solve this problem if we would move past political calculations and think about what benefits the nation as a whole and the individuals and families caught in the middle of a broken system.

Dr. Land was also recently invited to join Republican Presidential nominee Donald Trump’s Evangelical Advisory Board. He explains why he decided to accept this invitation here. I am encouraged that the types of perspectives on immigration that we explored in this podcast will be able to be spoken to Donald Trump and his team by Dr. Land and others. I am praying for Dr. Land and the other members of the Advisory Board that they would continue to be a voice for those who do not have a voice (Proverbs 31:8-9) and that this message will be able to get through.

For more information on how you can develop a biblical view on immigrants and refugees and how you can advocate on their behalf, visit EvangelicalImmigrationTable.com. To hear the 15 minute interview with Dr. Land, just click on the link below. I hope you will subscribe to this podcast by clicking the iTunes button in the sidebar and that you will also share it with others!