What happens when people criticize you? When you are attacked personally? 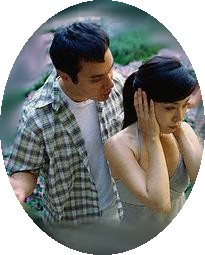 Sometimes we get  defensive and go on the attack. Other times we acquiesce completely and just try to make the other person happy. Rare is the person who can objectively consider the criticism and respond in a strong, yet humble manner.  Sometimes, people are right. You blew it. Other times, they are off base.  The issue rarely has to do with the subject matter of the criticism but how it makes us feel about ourselves.

In 2 Corinthians 1:12-22, we see a picture of how Paul responded to criticism. He was planning on visiting Corinth twice on the way to Macedonia and back but he changed his plans to respond to problems there and decided to stay longer. He had critics in Corinth who were trying to discredit his life and ministry by saying that he was fickle and could not be counted on to do what he said.  Later in the letter we see Paul defending his ministry as an apostle, so we can assume that they also thought his ministry was fake.

Paul responded by saying "Our conscience testifies that we have conducted ourselves in the world, and especially in our relations with you, in the holiness and sincerity that are from God" (2 Cor. 1:12).  Is that something that you can say? When people see you do they see a representative of Christ? None of us are perfect, but hopefully our lives are pointing people to Jesus through the way that we carry ourselves and the way that we treat others.  So, when Paul was facing criticism, he was able to remind them of how he actually was. In a sense, Paul was asking them, "Did you see a wishy washy person when I was with you? Did you see someone that you could not trust?"  Paul had a relationship with these people and he appealled to that.

He then appeals to the foundation of Jesus Himself in reminding them of the message that he preached. In verse 18, he says, "our message to you is not ‘Yes’ and ‘No.’  For the Son of God, Jesus Christ, who was preached among you by me and Silas and Timothy, was not ‘Yes’ and ‘No,’ but in him it has always been ‘Yes.’ For no matter how many promises God has made, they are ‘Yes’ in Christ." Then in verse 21-22, he says that he has been sealed with the Holy Spirit, just as they have.  So, Paul was not just trying to defend himself.  If he was seen to be flaky, then the message of the Gospel would be in doubt.  Paul reminds them of the integrity of his life and the truth of the message about Jesus that they received.

The point is, that when Paul faced criticism, he pointed to his life and asked if there was any falsehood.  He then pointed to the very message of Jesus that he preached to make sure that they knew that it was sure and that he was being guided by that message.  The message was steadfast and every promise of God was fulfilled in it.  Often, when we face criticism, it either destroys us or we go on the attack.  Perhaps, Paul is showing us that it is possible to stand firm in the Lord and allow Him to defend us.