This past week in our Sunday School class, we discussed 2 Corinthians 2:12-3:6.  This passage deals with how God uses our lives to influence others through our lifestyle and testimony, and through the power of the Holy Spirit living and working through us.  The passage is broken down into four main sections:

2 Corinthians 2:12,13 – this section deals with how Paul was given an open door to preach the Gospel by the Lord, but he still was not content because he was not able to find and partner with his friend, Titus.  So, he moved on from that area and returned to Macedonian. Paul is still giving a defense of his travel plans and explaining his itinerary, but he also brings up an interesting issue dealing with friendship and faith.  I think that too often we try and live life on our own and forget that God made us to live in relationship with other believers.  Paul normally worked in teams and we see this desire shown here.  Are you in close relationships with other believers? Do you partner in life and ministry with others? God’s desire is that we would work together.

2 Corinthians 2:14-17 – this section talks about how God leads us in triumphal procession in Christ.  We are constantly giving off the aroma of life to those who are being saved, or the aroma of death to those who are perishing. This imagery is connected to the way that ancient armies would take slaves from conquered lands and bring them back and march them in triumphal procession through their home city.  Often, priests would walk in front waving censers (bowls) full of incense that would give off a beautiful smell.  This is the picture – we have been caught in God’s victory train and he is parading us around, showing off His people for His glory.  Instead of a negative connotation, is it positive. 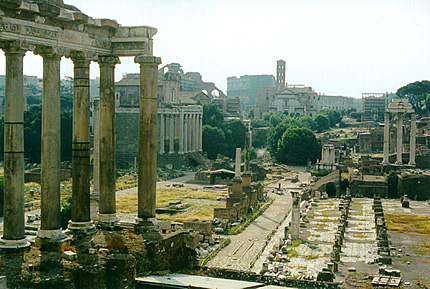 It makes me think about when I went to Rome last summer and sat at the Via Sacra (Sacred Way) through the Roman Forum. I meditated on the destruction of Jerusalem by the Roman general, Titus, and his legions in A.D. 70.  Jerusalem was obliterated and tens of thousands of Jews were taken back to Rome as slaves and marched through the streets.  When I sat there in the very spot, I wondered what they must have been thinking.  Did any of them remember Jesus and his Messianic claims?  Did any of them wonder if they had been wrong? What did the Romans think of all of these Jews being paraded through town?  There is an arch there commemorating the victory 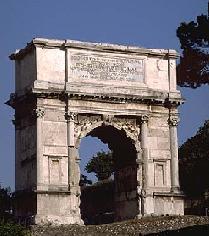 called  the Arch of Titus.  It is one of only three arches left in the Roman forum.  The triumphal procession that God leads us in through Christ is just as dramatic.  This world is no longer our home.  When people see us they are to know that we have surrendered to another.  Our lives are now to be lived as slaves of a glorious Lord.  In the same way that Jerusalem was conquered, our hearts have been conquered by Jesus Christ.

2 Corinthinans 3:1-3 – this section speaks of Paul’s credentials for his ministry.  Instead of having a brilliant resume with letters of recommendation, he says that they are his letter of recommendation!  They are a letter from Christ, the result of his ministry.  At this point, Paul is referring to their experience.  They should know that his life and ministry are real because of what they have experienced in Christ.  Jesus is all over them and they have experienced the Spirit!  That is how they know that Paul is genuine.  Match that with the fact that he did not gain anything financially from his ministry to them (vs. 17), and you have people who have benefited from the truth and know in their hearts that the gospel is true and Jesus is real.

2 Corinthians 3:4-6 – here, Paul says that his confidence and competence for his life and ministry come solely from God.  He says that he is not competent to influence them or anyone else with the Gospel, but God has equipped him to minister the new covenant and the Spirit of God, Himself!

This entire passage tells us that we are influence those around us with our lives, so that we will draw some to Christ, while repulsing those who reject Him.  We are also to minister the Spirit of God through words, actions, and miracles.  The Gospel should go forth from us through the power of the Spirit, not our own intellect.  Jesus should be given free reign to shine through us so that all around us will be influenced by who He is!